Comparative Negligence: When the Victim is Also “Responsible”

WHAT IS COMPARATIVE NEGLIGENCE?

Comparative Negligence is a legal doctrine, established by statute in many places, which reduces the damages an injured party can recover when the injured party’s own negligence was a contributing factor in his or her injury.

Comparative negligence applies in negligence cases, but not in cases involving “intentional” torts (like assault and battery). Where the defendant caused the plaintiff’s injury deliberately, the fact that the plaintiff may have been acting negligently will not generally provide a defense or allow for any reduction in damages.

The law recognizes different types of negligence, among them “ordinary negligence,” “gross negligence,” and “willful” or “wanton misconduct.” Courts generally will not distinguish between the “type” of negligence when evaluating the parties’ relative contributions to a plaintiff’s injury (though the degree of negligence may factor into the relative weight assigned to each party’s actions).

Where one party engaged in ordinary negligence and the other was grossly or willfully negligent, the court may (and generally will) still review the parties’  conduct for comparative negligence issues. 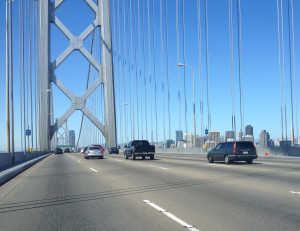 A few California courts have made an exception to this general rule of comparative negligence and percentage fault where injured plaintiffs knowingly opted to operate motor vehicles while intoxicated. In other words: plaintiffs who drive drunk may find themselves entirely unable to recover for injuries occurring while DUI.

In the cases in question, the courts considered the plaintiff’s deliberate disregard for safety, and irresponsible decision to drive while intoxicated, to be willful and wanton conduct that exceeded even the highest end of the negligence scale–thereby providing the defendants with a complete defense to payment of damages for the injured plaintiffs’ injuries.

These cases reflect California’s growing (and appropriate) intolerance for drunk driving, and also a moral position that individuals who choose to drink and drive should not be able to blame others if their actions result in injuries.

DISCLAIMER: This article is intended for informational purposes only, does not constitute legal advice to any person or entity, and does not create an attorney-client relationship with any person or entity. Personal injury law, including negligence, is a complex legal topic, and no single article can provide complete or comprehensive coverage or information about this or any other legal topic or issue. Your personal liability may differ, based on your individual facts and circumstances. If you believe you have a legal claim or issue, or wish to know more about your individual rights, consult an experienced attorney without delay.