In plain English: the plaintiff must prove that (s)he would not have incurred those damages “but for” the lawyer’s malpractice. 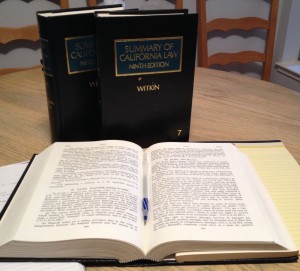 WHAT HAPPENS WHEN THE ATTORNEY’S MALPRACTICE WAS NOT THE ONLY CAUSE OF THE CLIENT’S DAMAGES?

As a general rule, the malpractice need not be the only cause of the plaintiff’s damages, as long as the lawyer’s negligence was the actual cause of the harm. In other words, as long as the client can prove a sufficient causative nexus between the lawyer’s breach of duty and the resulting damages, the fact that other factors may have contributed to the damages (without more) won’t negate the client’s ability to sue the attorney for malpractice.

However, plaintiffs should be aware that the existence of other factors which also caused (or increased) the damages may have an impact on the plaintiff’s recovery in a legal malpractice action. Some of these other factors may provide the attorney with defenses, and some may actually “interrupt” the chain of causation, relieving the attorney of part or all of the liability. Plaintiffs should never try to evaluate causation, or any other element of a legal malpractice claim, without the assistance of experienced legal counsel. 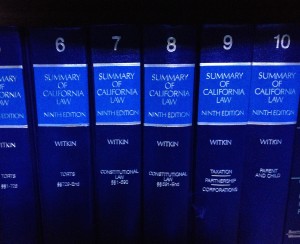 THE PLAINTIFF USUALLY BEARS THE INITIAL BURDEN OF PROVING CAUSATION.

Ordinarily, the plaintiff bears the burden of proving causation as a part of establishing a “prima facie” case for professional negligence. This means that the plaintiff must present sufficient evidence to establish causation before the attorney is required to respond or provide a defense. If the plaintiff fails to prove causation, the lawsuit fails.

However, malpractice lawsuits which arise from a lawyer’s failure to preserve (or destruction of) critical evidence, courts will sometimes shift the burden of proof to the defendant, requiring the lawyer to prove that his or her actions were not the cause of the plaintiff’s harm or damage.  This reflects an important legal principle, which states that where the lawyer’s conduct makes it impossible (or impracticable) for the client to prove causation, the courts would rather hold the defendant lawyer responsible for his or her breach of duty than deny recovery to an otherwise innocent plaintiff. However, the lawyer still has the opportunity to demonstrate (with viable evidence) that his or her conduct was not, in fact, the cause of the plaintiff’s injury. If the lawyer can prove this, the plaintiff does not prevail.

Even in cases where the burden shifts, however, the plaintiff must still be able to demonstrate a “substantial probability” that the lawyer’s breach of duty was the cause of the plaintiff’s damages. Unsubstantiated allegations, without more, will not support a lawsuit for malpractice.

Always consult an experienced, licensed attorney if you believe you have a malpractice claim against a current or former lawyer. Never rely on this or any other article to evaluate your claims or legal rights, as individual situations, damages, and plaintiffs’ rights vary widely.